Due to the COVID-19 pandemic, our offices are currently drive-through only.
Please contact us by phone, SmartHub, website or social media if possible. 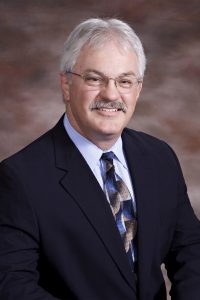 AN UPDATE ON BROADBAND INTERNET SERVICE

For several months, our members have been requesting an update on Claiborne Electric’s plans for broadband Internet service, and rightfully so. First, I would like to explain that although we have been constantly working on the project behind the scenes, we have also been bound by an agreement that kept us from publicly discussing the project. I can now update our members on developments from the past several months.

We recently participated in the Federal Communications Commission’s Rural Digital Opportunity Fund (RDOF) Auction. This auction presented an opportunity for bidders to garner federal grants to use in bringing broadband Internet to rural areas. The auction worked by bidding to build service to specific rural Census blocks. We chose to bid on most of the Census blocks in our service area, with a plan to build a fiber Internet infrastructure that would offer service to 100% of our membership. This infrastructure would also offer service to many communities in our area where we don’t provide electric service but could feasibly offer Internet service.

During the RDOF auction, we were not allowed to know the identities of other organizations bidding against us. In the 15th round of RDOF bidding, we were outbid, and we withdrew from the auction. Weeks later, the FCC announced the winning bidders and we were able to find out that an Internet company called Conexon was the winning entity for almost all of our Census blocks. Conexon bid on Census blocks across the southern United States and was the most successful bidder in the RDOF auction. They have secured more than $1.1 Billion in FCC grants for themselves and their clients, many of which are rural electric cooperatives.

After the auction, Conexon reached out to Claiborne, explaining that they were unaware we had been trying to provide this service to our members. We explained that our members were in a critical need for broadband Internet and that we had been attempting to meet this need for nearly five years. We held discussions with Conexon’s management regarding potential ways we could work together to meet the needs of our members and our area.

Conexon proposed multiple types of potential partnerships. Each of their proposals required Claiborne Electric Cooperative to provide a significant portion of the upfront costs of building out the necessary Internet infrastructure to serve our members. This plan would likely have resulted in higher electric rates for our members. We don’t believe this would be a financially responsible decision for our members to subsidize an Internet company they don’t own and control.

The FCC requires winning RDOF bidders to provide broadband Internet service to 95% of each Census block they secured funding for within five years. As a winning bidder, Conexon is now obligated to provide this desperately needed service to our area because they have been allocated federal funding to do so, and the Census blocks they won cover the majority of our service area.

We will work with Conexon as they pay standard fees to attach their Internet fiber cables to our utility poles in the telecom space. Our goal has been to meet the needs of our members who need this critical service. Although Claiborne Electric will not be the company building out the service and meeting this need for our members, we wish Conexon the best of luck as they build out their system and bring this desperately needed service to Claiborne Electric’s service area.